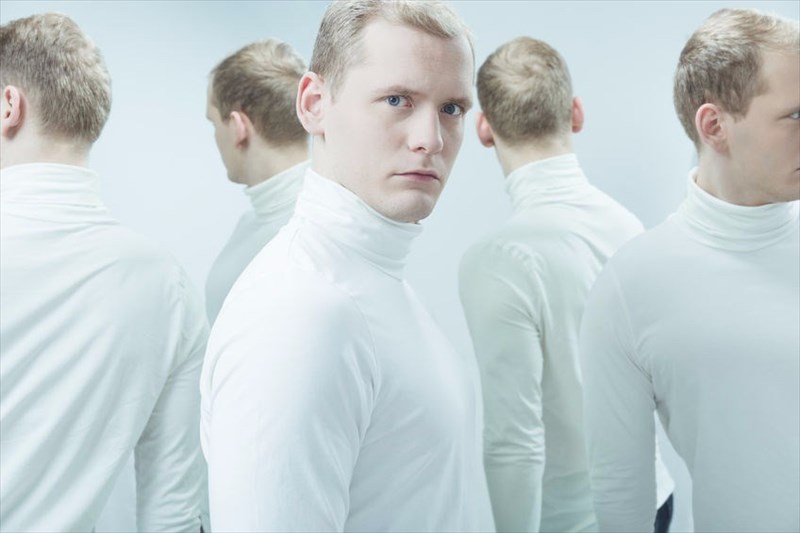 How common is DID (dissociative personality disorder)?

Dissociation is a symptom that a number of people within the general population have said they have experienced in terms of feeling as though they are watching themselves through someone else’s eyes or as if they were in a film, this is known as the phenomenon of dissociation.

Roughly 0.01% to 1% of the general population have been diagnosed with dissociative identity disorder4. However, a number of professionals suggest that these low numbers may be due to patients not seeking treatment for their condition or acknowledging they may have it.

Experts believe that about 7% of the general population is likely to have some kind of dissociative disorder that is undiagnosed.

What effect does dissociative personality disorder have on someone’s life?

There are a number of ways that DID can change the psychological processes of an individual and therefore change the way in which someone experiences and lives their life. We have briefly touched on these psychological processes or elements earlier in the article, however, these factors have a vital role to play in the way in which an affected person will see the world and operate amongst their surroundings and will be explained as such.

These processes are described as follows:

It has recently been acknowledged that the above-mentioned states of dissociation are not referred to as full mature alters or personalities. Rather, these states represent a sense of disjointed identity. Amnesia is normally associated with DID as different states of personalities or alters will remember different parts of their autobiographical information.

Typically, there will be a ‘legal’ personality that exists within the affected person and who will identify with their birth name. Strangely enough, this host is often unaware of the other personalities and their existence within him or herself.

The different identities or alters of dissociative identity disorder explained

The following information describes the psychology behind the different personalities that are present in someone suffering from DID in order to put these and their functions into perspective.

Bear in mind, every individual with dissociative identity disorder will experience the illness differently, with each case having different alters and symptoms, although some individuals have similar personalities for certain roles.

Therefore, the therapist dealing with the patient will need a great deal of patience and expertise in terms of gaining the knowledge needed to learn about the patient, their past (which would have led to the development of DID) and most importantly, their alters.

How many identities or alters can one patient with dissociative identity disorder have?

The average patient suffering from DID will have between two and ten different alters. However, there have been some cases that have reported to have more than 100 alters.

What are the different kinds of alters one with dissociative identity disorder can have?

Those who have been diagnosed with DID may have vastly different identities. It is not uncommon for these alters to have different genders, ages, accents, nationalities or even different sexual orientations. The individual personalities, mannerisms and characteristics present are distinctly different.

Some cases have even had alters that have been aliens from space or animals.

There have also been instances in which one alter may have asthma or diabetes, and another does not. The names of the alters often have a significant meaning for the individual. For example, Melody may be a light-hearted individual who loves music. Some alters may have their role as their name, such as The Protector.

How are these different alters described or differentiated between?

It is vital to remember that these identities are the result of severe trauma and have thus been created to dilute and handle this trauma, even if the individual does not remember the specific stressful events.

Psychologists often describe the most dominant personality as the host. This is the alter who has control over the body for most of the time. The legal personality is the person suffering from the condition. Often the legal personality is not allowed to host or control the body as he or she is not strong enough to do so or is too overwhelmed to participate. It is sometimes the case where the different alters have deemed the host the strongest, with the best ability to take control of the body.

The personality that is most commonly found in those suffering from DID is that of a child who is innocent and naive. This child is often scared and remembers the time of trauma or abuse.

The alters are created as a result of the legal personality not feeling equipped to handle all the functions of their life such as maintaining a job, being a parent or any other function as a single person. Thus, the individual is divided into different components that when put together, are able to accomplish goals and meet the complex and difficult demands of daily life.

When these different personalities refer to themselves they make use of the word ‘we’. When they are referring to the group of different alters as a whole they may use words such as ‘the family’, ‘the group’ or even ‘the children’ if there is more than one child present within the identities.

Are the different alters aware of each other?

The personalities may not always be aware of each other in all cases but in some they are. The awareness between them is referred to as ‘co-consciousness’. Some of the alters may know of the other identities but have never interacted with them. However, only one personality will react with the surrounding environment at one time. During this time, the other alters may or may not perceive what is happening.

These alters often fail to understand that they share the same body as they view themselves as separate and distinct personalities. Issues of self-harm often develop because of this, some alters may disagree with each other and thus want to eliminate each other.

When an alter has control of the body they are described as being ‘out’.

Are the different personalities of dissociative identity disorder switched between at will?

Switching can be forced, triggered or consensual.

The changing between different personalities is often deemed as ‘switching’. This can take place within a few seconds or over a number of minutes. It may also be a gradual change over a few days. The switching is often brought about by stress or through psychological conflict such as brief memories of the trauma. The switching can also occur when different alters disagree about the way that relationships are conducted or who they should trust or about things like treatment and the administration of medication.

It is also possible for the individual’s surrounding environment to trigger a ‘switch’ such as a certain smell or person reminding them of their previous childhood trauma. This can often trigger the ‘child’ alter to emerge or ‘The Protector’.

During times of extreme stress, the switching between alters can be rapid and thus leave the individual confused and unaware of how they got to where they are.

During psychotherapy, switching can sometimes be brought on through the use of professional hypnosis. This allows for the therapist to access some of the alters and work with the patient’s system entirely.

What does switching entail?

There are a few internal indicators that suggest a switch is about to occur. This includes feeling ‘spaced out’ or depersonalised. Blurred vision may also accompany these signs and feel as though time is slowing down as the individual begins to feel the alter’s presence.

Some of the external indicators leading to a switch often include rapid blinking, this may resemble the actions of someone who is waking up, as well as mild muscle jerks or spasms, visible confusion, disorientation and checking their watch or a clock.

The individual may also clear their throat, change their stance and posture and even adjust their clothing slightly (in some instances, the individual may change their attire completely, though this is not always the case). These actions are done in order to allow for the new alter to come ‘out’.

It is not always necessary for the individual to undergo a full switch in terms of giving an alter the light entirely. Instead, an alter is able to exert a passive influence on the alter who is currently at the front or in control. These passive actions are often expressed through emotions, opinions, feelings and actions which often vary in their influence and strength. Thus, another alter is able to influence the alter in control to make certain decisions or voice certain opinions that the individual is unable to account for or explain.

These passive intrusions often allow for the alter in charge to gain abilities and skills they do not normally possess, one example may include the alter having the ability to speak in public when they normally suffer from social phobia and fear of public speaking.

In other cases, the alter in charge may temporarily forget loved ones as they may lose abilities or skills they normally have.

The memories that are gained through the passive influence will often fade once the passive intrusion is over, this leaves the alter in charge unable to recall what they may have previously been able to.

These forms of passive intrusions or passive influence are more commonly seen than complete switching and are often far more difficult for an onlooker to notice.

The majority of systems (combination of alters existing in an individual) will go to great lengths to hide their current condition and themselves, thus, downplaying and even denying their symptoms if and where they can.

This adds to the level of difficulty experienced when mental healthcare professionals attempt to conduct a diagnosis and find the most effective means of treatment.

What roles do the different personalities play?

These different alters or personalities often serve a number of diverse roles, as previously mentioned in the example of ‘The Protector’ or ‘The Child’. For example, there may be roughly two or four alters present at the time of an initial diagnosis. Over the course of the treatment, the therapist may begin to recognise or come to know an average of as many as thirteen to fifteen alters.

Each alter would have been created for a specific purpose and manifested as part of a coping mechanism by the individual as a reaction to a traumatic experience from their past, feeling as though they are not strong enough, as one person, to cope with everyday life and as a result create a number of facets or personalities that are equipped to handle certain situations.

PREVIOUS Treatment, prognosis and prevention of dissociative identity disorder
Back to top
Find this interesting? Share it!