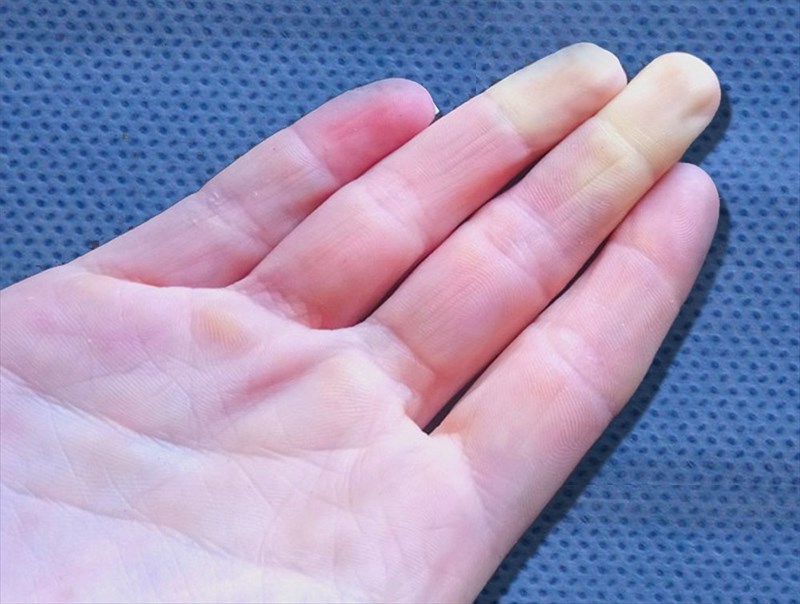 What is Raynaud Phenomenon / Syndrome / Disease? 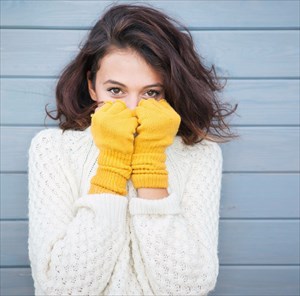 Pronounced ‘ray-NOHZ’, Raynaud syndrome is also known as Raynaud phenomenon or Raynaud disease. The condition is characterised by restricted (or interrupted) blood flow to the fingers (hands), toes (feet), nose and ears which results in brief episodes of constriction (narrowing), known as vasospasm. Constriction occurs as a result of abnormal spasm in the small blood vessels (arteries or capillaries) which supply blood carrying oxygen to the skin. This effectively decreases blood flow to the body’s tissues, leaving extremities feeling ice cold to the touch.

Vasospasm episodes lead to a series of discolouration in these portions of the body, particularly when exposed to certain triggers (e.g. changes in temperature and intense emotions, such as stress). Discolouration typically happens in stages (a three-phase sequence of colour), initially turning white (due to interrupted or restricted blood flow), then blue (due to a prolonged lack of oxygen), and finally a red / flushed colour (when blood vessels re-open or dilate).

Most with this condition have a sensitivity to cold temperatures, and typically experience the three-phase colour changes as a result of exposure (and not just during the colder months of the year). In a sense, the body experiences an exaggerated reaction to ambient temperature change or stress triggers. Normally when exposed to cold temperatures, small blood vessels which circulate blood to the skin (known as thermoregulatory vessels) naturally narrow (to conserve warmth by minimising the amount of heat lost in the skin), and those further inside the body open to allow for more warmth, conserving the core temperature (internal temperature). This function becomes exaggerated in the case of Raynaud phenomenon whereby more blood flow is restricted than is actually necessary with sudden and intense spasmodic contractions. Extreme narrowing of the blood vessels is known as vasoconstriction and results in what is known as a hyperactivation of the sympathetic nervous system.

During the white (also known as pallor) and blue (cyanosis) discolouration stages, extremities may feel numb and very cold (ice cold), sometimes painful (sensory nerves become irritated due to a lack of oxygen). The affected areas are unable to receive sufficient oxygen carried by the bloodstream (this is known as hypoxia). During the red (also known as rubor) stages, a throbbing, prickling or tingling sensation may be felt as blood flow begins to return and circulation is restored (dilation of arterioles). Colour and uncomfortable sensations do tend to return to normal soon after ‘an attack’ (i.e. the symptoms are only temporary). A Raynaud's  ‘attack’ (known as a vasospastic / vasospasm attack) can happen within a matter of minutes or last up to an hour (or longer if severe). Over time, small arteries can begin to thicken a little, which can lead to further restriction of blood flow.

Although uncomfortable during ‘an attack’, Raynaud phenomenon is not considered a disabling condition. For many, it is more of a nuisance which can have some degree of effect on a person’s quality of life. It appears that more females are affected by the condition than males (9 times more), but it can occur any anyone of any age.

Did you know? A French physician, Dr Maurice Raynaud is credited with ‘discovering’ this condition following a report he published in 1862 documenting his findings about a woman whose fingertips experienced discolouration when she was under stress or cold. Hence the name, Raynaud phenomenon / syndrome / or disease.

There are two main types of Raynaud phenomenon1:

NEXT What causes Raynaud phenomenon?
Back to top
Find this interesting? Share it!

Lupus is a chronic autoimmune disease which causes inflammation throughout the body. Here's how to recognise the signs and learn to treat, and better cope with the condition...

Did you know? There are more than 100 different variations of arthritis and associated conditions. We take a look at the more common signs and types of arthritis, as well as treatment options...

Stress is your body's biological response to a certain situation. Learn how to avoid developing other health-related side-effects...

We take a look at the various aspects of exercise and fitness to get you moving so that you can achieve a healthier physical state...