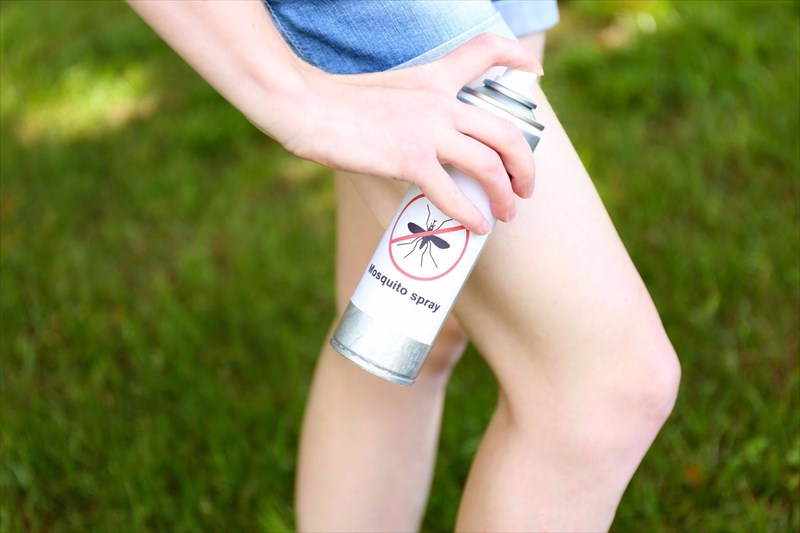 The Aedes mosquito (Aedes aegypti), that carries the virus and causes the majority of transmission infections is of primary concern when it comes to prevention.

Mosquitoes and their habits cannot be controlled. The best thing populations around the world can do is better understand the mosquito and take preventative measures within their control to avoid bites as much as possible.

The Aedes aegypti females typically bite human beings. Male mosquitoes do not have a need to bite and thus are not responsible for the spread of various diseases. The females require nutrients found in human blood in order to produce eggs. The mosquito becomes infected with the Zika virus when they have bitten a person with an active infection. The mosquito may bite multiple individuals during their lifetime, making the spread of infections a difficult problem to get under control, especially since transmission requires a single bite at a time.

Once a female mosquito has been infected with a virus, an incubation period occurs. This is normally between 8 and 12 days whereby the virus infects the mid-gut of the mosquito before spreading to their salivary glands. The next feeding (bite) transmits the disease.

The Aedes aegypti mosquitoes are one of the most widespread of the species, occurring almost anywhere in the world. This too, makes controlling transmission difficult when it comes to disease transmission, particularly because chemical-based methods have become ineffective. The situation in this regard is a double-edged sword - mosquitoes appear resistant to insecticides (resistance is also passed from generation to generation) and the chemicals used have damaging effects to the natural environment (many insecticides used have a poor environmental safety track record). The result is that the Zika virus, along with other mosquito-borne diseases is not under sufficient control and an alarming number of infections continues to grow, especially in areas where outbreaks are more prevalent.

A mosquito is also capable of flying a total of 400 metres during their lifetime. Mosquitoes may reproduce in higher numbers, but they do not cover much distance during their lifetime. The rapid spread of infection is then also greatly influenced by the movements of humans, who can easily transmit disease between communities and even countries.

The female mosquito appears to favour daytime biting (before sunset), which means that when humans are most active, so are the aedes aegypti. This coupled with the way in which humans live presents another problem. Mosquitoes also prefer breeding in doors, making them less susceptible to climatic changes which will affect their lifespan. Humans live in such a way which thus provides mosquitoes with ideal breeding grounds. Pools of stagnant water are one example. (Did you know that a mosquito can breed in a small capful of water?). Larvae thrive in small, wet areas and can be found anywhere – discarded tyres, potted plants, cups or vases. Mosquito eggs can also survive for up to 6 months without being in any water at all. Cool, shaded places are also thriving breeding grounds, making the home an ideal spot for mosquitoes to breed – cupboards and cabinets, wardrobes and laundry baskets, or beneath furniture.

A mosquito’s reproductive cycle is another reason gaining control of this species is a challenging one. Mosquitoes are described as ‘an invasive species’. A female will lay her eggs in several different locations approximately 3 days after biting (or feeding). The reason mosquitoes are described as invasive is because of the number of eggs a female is capable of laying at one time. As many as 100 eggs per ‘blood feed’ can be laid. A female will lay approximately 5 batches of eggs during the course of her lifetime (between 1 and 2 weeks). This makes the species capable of expanding at a rapid rate, easily extending their presence geographically, and effectively creating new areas of risk when it comes to f disease transmission. 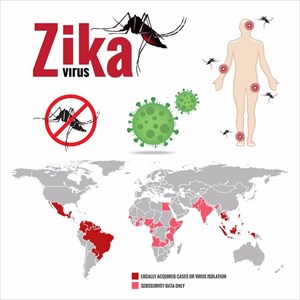 Understanding the nature of a mosquito’s life can help to better avoid being bitten by taking proactive measures to protect against a potential infection. Repellents (containing DEET, IR3535, picaridin, lemon eucalyptus oil or 2undecanone) can be effective with use throughout the day, especially since these mosquitoes are more active during the daytime.

Protection by means of long-sleeved shirts and long trousers can also significantly reduce risk of bites, when indoors and outdoors. Screens in the home may also help when placed on doors, entranceways and windows. Air conditioning and bed nets may also be used to keep mosquitoes at bay. Any areas where there is standing water can also be emptied to reduce the chances of mosquito larvae hatching close by.

The CDC has issued strong advisements when it comes to general travel, and especially for women at any stage during pregnancy. The general population has been urged to be vigilant when it comes to travel, especially when frequenting areas known to be experiencing outbreaks of the Zika virus. The general public is also urged to keep up to date with the latest information regarding outbreaks and transmission occurrences.

A map of these provided by the CDC can be found here.

Due to the nature of irreversible birth defects known to occur as a direct result of an infection, women in particular must be vigilant regarding travel. Those who are pregnant have been warned not to travel to areas with the most prevalent cases of the virus. Women intending to fall pregnant (and their male partners) should also take precaution with regards to future travel plans and take steps to keep their risk rate at an absolute minimum.

Where transmission occurs by any means other than a mosquito bite, precautions can be taken to lower the risk of transmission. The CDC has strongly recommended that all pregnant women either abstain from sexual contact during pregnancy or take extra care in using a condom correctly if either she or her partner has lived in or travelled to an area known for Zika infections.

As of yet, there is no vaccine for the Zika virus.

Should insect repellents be used on children as a preventative measure?

The best preventative measures for a young child include:

PREVIOUS What types of complications are associated with the Zika virus?
NEXT Zika virus FAQs
Back to top
Find this interesting? Share it!