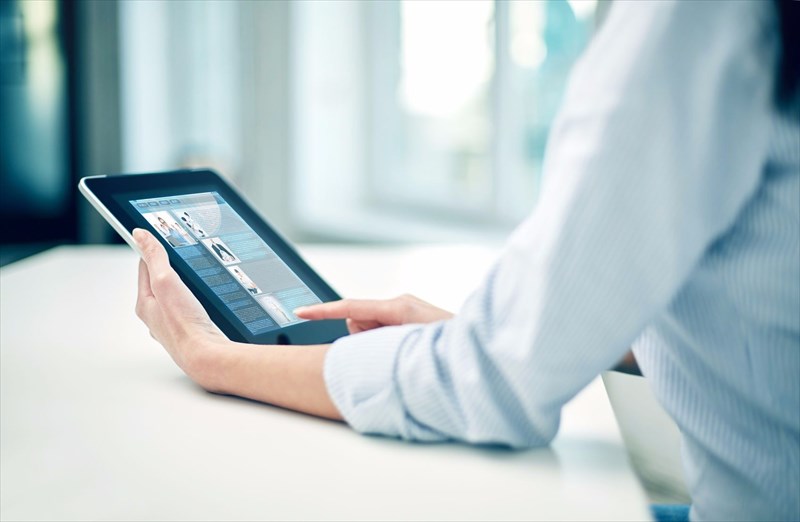 Light and the body

The effect of light on the human body has been a fascination for decades. Many a scientist and research team has looked at various aspects of this, asking many a question. Through these questions and findings, many more continue to surface as more definitive answers become necessary.

Are we jeopardising our health by digitally fiddling with light processes and the way artificial light is used? Is blue light in itself that bad? Or is the problem perhaps in the timing of use?

Before there was ever such a thing as artificial lighting, sunlight was our primary source of light. Evenings were spent in relative darkness. As new technology develops and fiddles with lighting, so our evenings as a human race have become very much illuminated. This has had a profound influence on our body’s ‘biological clock’ (circadian rhythm), but at what price tag?

Where we’ve gone wrong is in the development of habits and uses of light (blue light) that disrupt its natural rhythm. One of the potential adverse health effects of this is how it affects our quality of sleep. But many researchers have raised startling concerns over more serious health conditions which may have direct causal influences in the development of certain cancers (specifically breast and prostate cancer), problems with obesity, heart disease and diabetes.

Colours of light influence its different effects. It has been researched and proved that blue wavelengths are at their most beneficial during daylight hours. When the influences include the boosting of attention span, mood and reaction times, blue light doesn’t sound like such a bad thing at all.

It’s when research conducting various tests look at night-time effects, that blue light appears to have adverse effects, and become disruptive to the body. The reason why research has focussed so much attention on blue light usage at night is because of our increasing exposure to it. Electronic devices with screens are virtually everywhere. We’ve also developed an increasing amount of energy-efficient lighting technologies (such as fluorescent bulbs and light-emitting diodes / LEDs), which also contribute to more frequent exposure to blue wavelengths once the sun goes down.

What is a circadian rhythm? 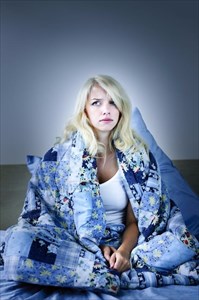 In simple terms, it’s something like the body’s proverbial clock. Basically, it is an endogenously generated physiological process which operates in an approximate 24-hour cycle. This rhythm is sensitive to external cues such as sunlight (or any light) and temperature.

It should be noted that as a species, human beings have slightly varied circadian rhythms. The average length has been estimated at 24 and one quarter hours. Previous studies of circadian rhythm have shown that daylight influences a person’s ‘internal or biological clock’.

The average estimation applies to a vast chunk of the human race. Early birds have rhythms short of the average mark and night owls have slightly longer rhythms.

How does light affect the body?

Light (daylight specifically) effectively synchronises our circadian rhythm. Cells in the retina of the eye are finely-tuned to short-wavelength light, sending response signals to the brain. This signals them prompts the brain to reduce the pumping out of melatonin in the body, which induces drowsiness (i.e. sleep). The brain then also begins producing more cortisol and ghrelin – the hormones which effectively wake us up in the morning and induce hunger.

Naturally, melatonin levels are supposed to decrease and increase in cycles (between dusk and dawn). When increased, this hormone effectively prepares the body for rest, which is essential for our wellbeing. When melatonin levels rise, our body temperature drops, hunger subsides and sleepiness increases. Whether we are asleep or not, this effect is restorative.

Modern times are tampering with the natural transition of night-time physiology, delaying the process and interrupting circadian rhythm. We have now become, what some have described as, ‘darkness deprived’. Why? In some ways, we ‘bathe ourselves in light’.

This in itself has been studied repeatedly, with some researchers linking light exposure and night shift work with various health conditions. The exact causal reasons, however are not entirely clear. What researchers are sure of is that the body does not fare well with too much light exposure in a 24-hour period. Excess light exposure suppresses the excretion of melatonin. With this as a base to work from research is still being done to try and explain how this lowered secretion may have an influence on the development of cancer.

Diabetes and obesity are also thought to be linked. Research has since shown that when participants gradually shifted their circadian rhythms, their blood sugar levels increased and resulted in a prediabetic condition. Leptin levels (a hormone) decreased at the same time. Dim light was also tested, which showed influences on circadian rhythm and melatonin secretion too.

Stephen Lockley, a Harvard sleep researcher believes that more exposure to light at night is one of the main reasons people are not getting adequate sleep. In his opinion, cardiovascular and diabetic problems are not the only concern as a result – increased risk for depression should also be added to the list.

Did you know? Approximately 80% of melatonin is produced in the gastrointestinal tract (G.I. tract) in the body.

NEXT Is blue light all that bad for health and well-being?
Back to top
Find this interesting? Share it!

Cancer is an umbrella term for a group of diseases caused by the abnormal growth of cells. Read this overview article to find out all you need to know about the progressive disease.

Did you know that almost one third of the world's current population are classified as overweight or obese? Here's all you need to now about obesity and the associated health risks...

People with autism find it hard to interpret the world the same way as the average person. Find out more here...